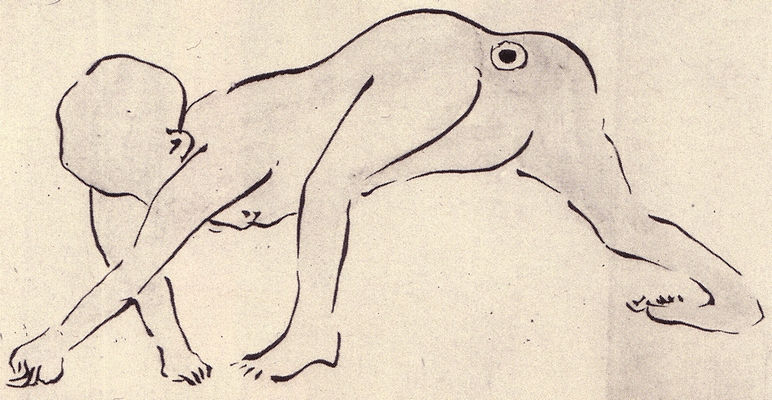 Japanese folklore is full of Yōkai, a class of strange supernatural characters. Shirime, one of the the Yōkai,is truly bizarre!

Shirime is described in Japanese folklore as a supernatural character who looks like a human from far. But when looked at closely, he has no facial features but has a big eyeball where his anus should be. According to folklore, Shirime scares lonely travelers on the road.

In a literal sense, Shirime means ‘butt eye’ (Shiri = butt, me = eye). A Shirame’s tactic to scare people is by stripping naked and bending over so his butt is exposed. Sounds bizarre? There’s more! Read on to know everything about Shirime, the buttock eye ghost!

Yōkai (妖怪) is a class of mythical creatures that find their place in Japanese folklore. It refers to monsters, spirits, demons, and shapeshifters. Yōkai can be evil or they can be harmless. Some are even thought to bring good luck. They have different magical or strange features and/or supernatural abilities.

Shirime (尻目) is a Yōkai that scares people by mooning them. Even though the literal meaning of the word is ‘butt eye’, it also means ‘looking askance’ or ‘looking down at someone’. He appears to be a regular man when looked at from far. He usually wears a kimono. And he chooses his victims from travelers who are walking alone on the streets of Japan at night.

His special features involve being faceless and of course, having a huge eye in its butt. One line of thought believes that Shirime is in fact a shape-shifted animal who just wants to scare humans! Oh well, why not. Everything is so bizarre after all.

How does Shirime scare people?

His modus operandi is quite straightforward.

Shirime’s ‘eye’ glitters when it opens, almost like a flashlight. It probably ensures that his victims have no trouble making out exactly what they are seeing. No ambiguity there! An eye in the butt! Prepare to be shocked, humans, and run for your lives!

Shirime is often talked of as being related to another Yōkai known as the Noppera-Bō. Noppera-Bō’s claim to fame as a scary ghost is that it doesn’t have any facial features. He is sometimes also described as being able to have facial features. But when the victim comes near, Noppera-Bō wipes off his face with the swipe of a hand. And dramatically, all facial features vanish. Major shock for the victim who runs away in the other direction screaming!

Shirime can have double the shock-effect of Noppera-Bō. The victim is shocked twice as much! First the face, then the butt. This is also why the alternate name for Shirame is Nuppori-bōzu which again means butt eye.

The legend of Shirime is strange. Some might even call it hilarious. Not the victim, though! He was reportedly quite shocked. So here’s the folklore about Shirime.

Once upon a time, many, many years ago, a samurai was walking on the streets of Kyoto. It was late in the night. He heard someone call him, “Excuse me, can you wait for a moment?” The voice seemed to come from someone who looked like a normal human being. But the samurai was ready to fight if need be.

This man came along, wearing a kimono. “What do you want?” the samurai asked him. The man came near and the samurai was shocked to see he has no facial features. But before he could react, the man suddenly took off the kimono. Now stark naked, he turned around and bent over, his buttocks up in the air. The samurai was further shocked to see that in the man’s buttocks was lodged an eyeball. The eye opened and shone like lightning.

Now that’s a scenario that not many of us can claim to have experienced. According to the story, the samurai ran off as fast as his legs would carry him. I can imagine why! Now, you wouldn’t blame the samurai for running away, would you? That’s what anyone would do if a faceless man with a glittering eye on his behind would show up in the dead of the night!

Why does Shirime scare people?

For the thrill of scaring people! Yes, you read that right. The Shirime is a gentle but mischievous ghost. He won’t harm people. But scaring people is how this ghost gets his kicks. One wonders if that’s what ghosts who have an eyeball stuck at the wrong place do. It is said that Shirime gets great joy out of scaring people. His victims are lonely travelers on city streets, late at night.

Why is Shirime popular in Japan?

Imagination power must have been at its highest and weirdest when Shirime was introduced in Japanese culture as a Yōkai. But, to be fair, the Japanese have an appetite for body humor. And even something as grotesque as an eyeball where the anus should be was an idea that was quickly accepted in the Japanese culture.

The above picture shows a Shirime tattoo. Some find Shirime funny, some find it weird, and some even call it dumb! A few people also find the concept of Shirime disturbing or disgusting. But Shirime is a popular Yōkai in Japan since it is not evil. It causes no harm to the victims. It’s just a naughty ghost who likes to scare people. Here’s a light-hearted video that says Shirime is the dumbest Yokai!

Yosa no Buson was a Japanese poet and artist who lived in Japan during the 18th century. He apparently liked the concept of Shirime so much that he included the character in many of his paintings. It is also thought that it was Buson who wrote on a paper scroll the tale of the Shirime as told by the samurai in the above story.

The original depiction of Shirime is just what anyone listening to its description would expect. A regular man, no face, and an eyeball of a regular size you-know-where! But, in popular culture, jokes, and memes, Shirime is often depicted as having an impossibly large bottom with the eyeball the size of a football. Probably, these exaggerated features place Shirime as a comic character and take away the disgusting image.

Zack Davisson, an award-winning writer, translator, and scholar of Japanese folklore apparently suggested the writers of the comic book series Wayward to include Shirime in the storyline. However, this never happened. (Wayward is a comic book series that follows the adventures and interactions of a young girl with mythical Japanese creatures.)

In an interview to the Japan Times, Zack Davisson talks about how different figures in Japanese folklore find similarities with other supernatural characters elsewhere. But even he concedes that Shirime is truly weird.

…you can see how themes are shared and interpreted across cultures. “Magical wife” stories, for example, or “don’t look in the box” stories. But then there are things that are uniquely Japanese — and just weird — like the  Shirime.

Zack Davisson, In an interview to Japan Times

Shirime also finds a mention in the book Encyclopedia of Beasts and Monsters in Myth, Legend, and Folklore by Theresa bane published in 2016. It also appears in the video game Muramasa Rebirth at one point.

Anime is no stranger to characters that are weird, crazy, and downright creepy. But for some reason, Shirime hasn’t been welcomed with open arms in Japanese anime. It could be because Shirime isn’t creepy or crazy enough to weave into an exciting anime plot. All he does is have a rectal eyeball. Apart from that, there is no special superpower that Shirime holds.

On one account, though, this harmless but weird ghost was featured in anime. It was more of a cameo role. In the 1994 anime film Pom Poko, there is a scene which shows the butt eye ghost. It featured a scene at night where quite a few Japanese monsters appear. Shirime was one of them, poking out of a garbage bin!

You probably won’t meet a Shirime in this lifetime. (Or will you?) But once you have seen the picture of a Shirime, you cannot unsee it! It stays with you. For a long, long time. You might even be plagued with questions. Simple questions such as Can the eye actually see? And more complex questions such as What makes the eyeball light up? And some weirdly disgusting questions, too! Here’s a quick recap of the weirdness.

But alas, not all questions have answers. So let your imagination run wild as you think of the answers! If you would like to know about some other characters that the Japanese love, check out these mascots. And trust me, some are cute and some are weird, but nowhere near as weird as Shirime! 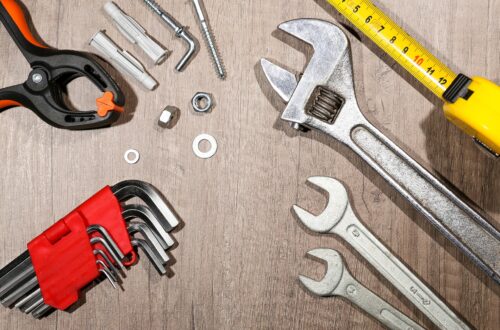 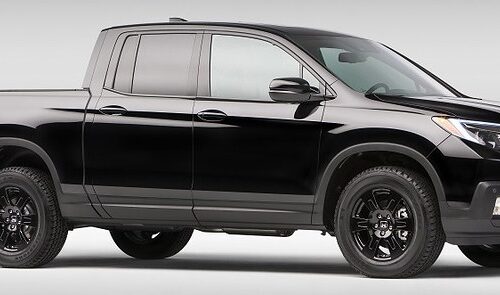 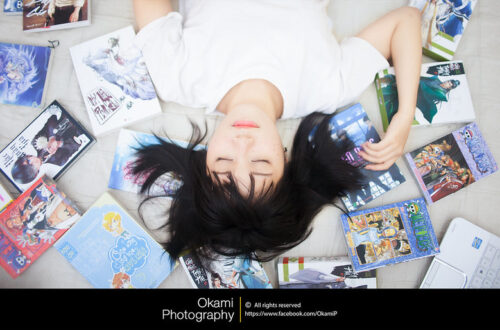 Fujoshi: All You Need to Know About Female Fans of BL