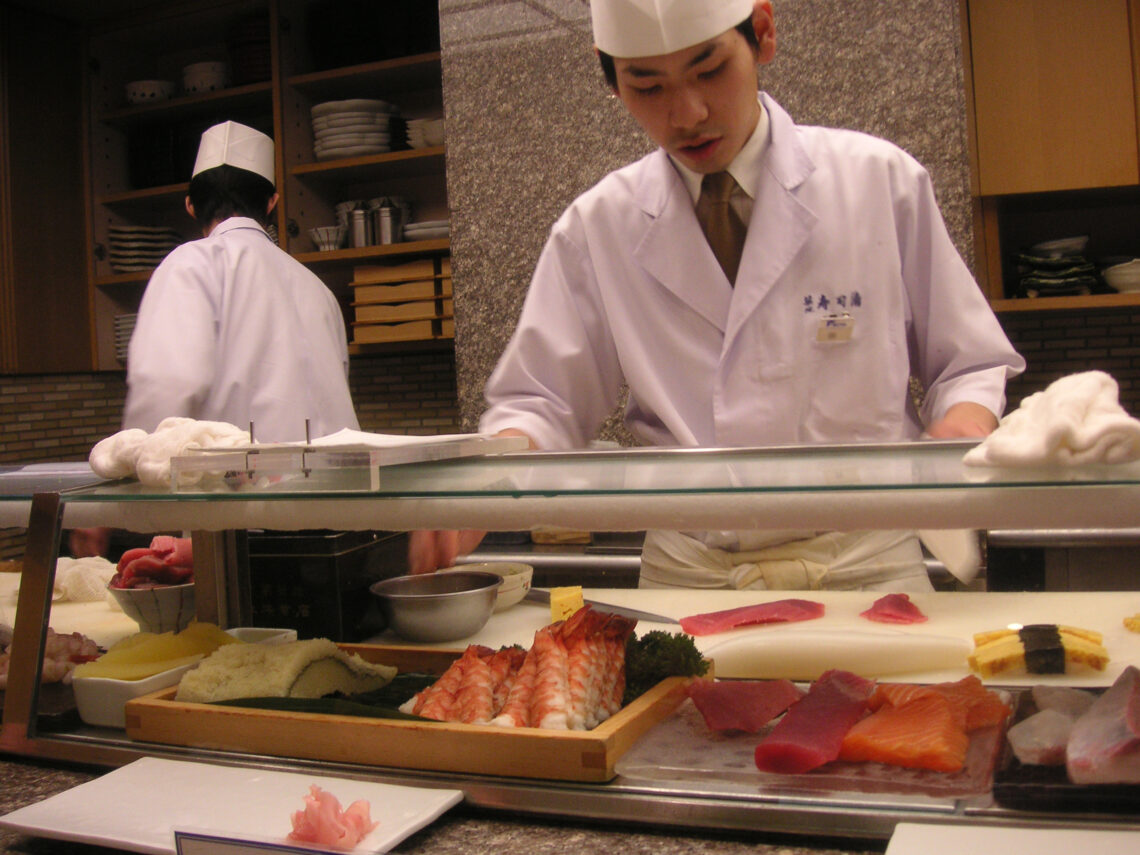 Most cultures around the globe have their own traditions when it comes to preparing fish, however most of the time this involves cooking, curing, or smoking the fish before eating. That’s not always the case in Japan, where for centuries raw fish has formed an important part of their diet.

As a country with strong Buddhist roots, eating meat has been somewhat taboo for much of Japan’s history. However, since Japan is an island nation, fish provides a plentiful alternative supply of protein. Serving it raw offers extra health benefits, preserving the natural nutrients present in the flesh and oils.

Why do the Japanese Eat Raw Fish?

Raw fish has been a significant part of Japanese cuisine for three main reasons:

It’s easy to see why raw fish is so popular in Japan. With high availability, greater nutritional value, and cultural acceptability, it’s the obvious choice.

Washoku is the name for the traditional Japanese cuisine of raw fish. In December 2013, it was added to the UNESCO Intangible Cultural Heritage list. In the Washoku culture, Japanese chefs prepare raw fish along with a selection of accompaniments to create a wide variety of dishes.

It’s a well-established tradition, dating back as far as the Jomon period some four or five thousand years ago. Since then, fish caught locally in Japanese coastal waters have been sold in the country’s many fresh fish markets and prepared in the traditional style.

What led to raw fish consumption in Japan?

Japan witnessed the arrival of Buddhism religion during the 7th and 8th centuries which was against consuming animal flesh. According to this religion, the act of killing animals is was not right, so almost the entire Japanese population had stopped their consumption by the 10th century.

During the 7th and 8th centuries, the spread of Buddhism throughout Japan resulted in a gradual reduction in the amount of meat consumed by the Japanese, with almost the entire population adopting pescetarianism by around the 10th century.

Avoiding meat was not an entirely new idea in Japan though, Even before the rise of Buddhism, adherents of the country’s indigenous religion, Shintoism would forgo animal flesh, believing it to be unclean.

They began to consume freshly caught fish from the ocean during the Edo Period (1603-1868). The cuisine of raw fish gradually developed over the years to include more flavors and improve its presentation. In modern Japan, eating meat is more widely accepted, but the traditions persist, and raw fish is still a substantial part of the national diet.

The geography of Japan makes it particularly suitable for fishing, with many seaports and harbors as well as accessible lakes and rivers. Lowland reservoirs and marshes also provide ideal conditions for rice farming, so it’s no surprise that rice and fish have long been staples of Japanese cuisine.

Japanese people consume both saltwater and freshwater fish raw, usually opting for whichever species are in season at a particular time of year to avoid exhausting precious fish stocks. Once caught, the fish are flash-frozen (nowadays this happens on the fishing boats themselves) in order to ensure that they are free from potentially harmful parasites.

The simplest way to serve raw fish, or sashimi, is with soy sauce and wasabi. The soy sauce provides an intense umami flavor that complements the delicate fish, while the wasabi adds a pungent hit similar to strong mustard.

The Traditional Composition Of Washoku Cuisine

Fish forms are the oldest supporting ingredient as a source of animal protein. Washoku is a complete meal because it supplies all the necessary nutrients.

A traditional Wasoku meal contains the perfect balance of macronutrients, vitamins, and minerals to ensure a balanced diet. The Japanese diet is often cited as one of the healthiest worldwide, and the country has a very low incidence of heart disease and related conditions.

Umami or “savory” is one of the fundamental flavors along with salt, sweet, sour, and bitter. The fermentation of soybean to produce soy sauce converts its protein into amino acids comprising glutamic acid. Similarly, the protein in fish changes into nucleic acid consisting mainly of inosinic acid. The fusion of these two types of acid creates an amazing umami flavor.

Lets look at the most popular dishes in which the Japanese use raw fish:

Japanese use fresh fish as well as other seafood such as squid, octopus, shellfish, and sea urchins in preparing this dish. The dish consists of small bite-sized slices of raw fish. It is eaten with soy sauce and wasabi.

Historically the dish was limited to coastal areas only, but modern refrigeration methods ensure that Japanese people in any part of the country can enjoy it at home and in restaurants.

One theory states that the Japanese ate “Namasu” at the royal court during the Heian period, composed of vinegar-seasoned raw fish and vegetables. According to another theory, the Kamakura period witnessed the sale of sliced fish as a type of fast food.

Sashimi is most commonly prepared from tuna, salmon, flounder, and sea bream along with various types of shellfish, shrimp, and squid. Raw river fish such as carp and trout are also used, although freshwater sushi is much less widespread than the saltwater variety.

The Best Side Dish for Sashimi

Soy sauce and wasabi are traditionally paired with sashimi to enhance the flavor of the fish. Sometimes perilla and shredded white radish are combined with wasabi, and known as “Tsuma”.

Historically, the primary purpose of these side dishes was to mask the smell of less than fresh fish, but today that is less of an issue. Nowadays, sashimi is considered to be an art form in which chefs can portray their skillfulness. great attention is paid to the presentation, often including beautifully carved vegetables that resemble delicate flowers.

Sushi has a history that dates back to thousands of years to the Muromachi Period (1336-1573) when people would preserve raw fish by covering it in fermented rice. This dish evolved further in the 19th century Edo, modern-day Tokyo, and is therefore also known as Edo-make sushi. Ingredients include small bites of fish on balls of vinegared rice along with vegetables and seaweed.

Before reliable refrigeration people opted for curing the ingredients of the dish, including the fish, in vinegar or soy sauce, or cooking it. Today, sushi has gained global popularity, and in many overseas markets still involves cooking and curing some of the ingredients to make them more palatable.

The origin of narezushi dates back to the 10th century in Japan. It was a method of preserving raw fish through pickling using rice and salt. traditionally the rice would be discarded prior to eating, but today the sliced pickled fish is commonly served on a rice bed. Funazushi is the most common variant of narezushi, prepared with carp obtained from Lake Biwa.

Temaki is a type of sushi that is presented in a conical form. Raw fish, rice, and vegetables are the main ingredients. Japanese people generally prepare it for parties or celebrations as it is ideal finger food. It is served with pickled ginger, wasabi, and soy sauce or ponzu sauce.

This Japanese dish contains yellowtail fish and daikon radish along with ginger, sake, soy sauce, sugar, and water. Simmering the fish in these ingredients is one of the key steps while preparing the dish. This process forms gelatinous dashi which is popular comfort food in Japan during the winter season.

This is Kyoto-style pressed sushi and is well known as the signature dish of the city. It includes a sushi rice base with a marinated mackerel fillet topping, wrapped in sheets of kelp, and then compressed.

Japanese chefs still use traditional wooden appliances to prepare this dish and serve it wrapped in bamboo leaves to achieve the correct historical presentation.

While the history of eating raw fish in Japan is born out of necessity and respect for religion, today, dishes such as sashimi and sushi have become a tradition and even an art form in their own right.

Using every part of the fish ties into the Japanese philosophy of “Mottainai” which dictates that waste is to be avoided wherever possible, and the care and attention put into presenting these dishes is a reflection of the importance of the aesthetic to Japanese culture.

It’s no surprise that sushi and sashimi have been enthusiastically adopted by people across the globe, from Europe to the Americas and beyond. 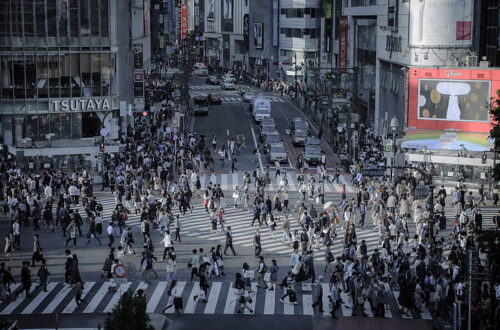 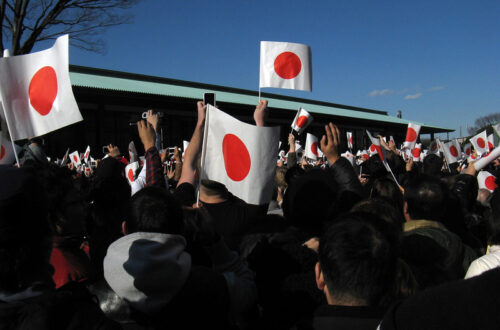 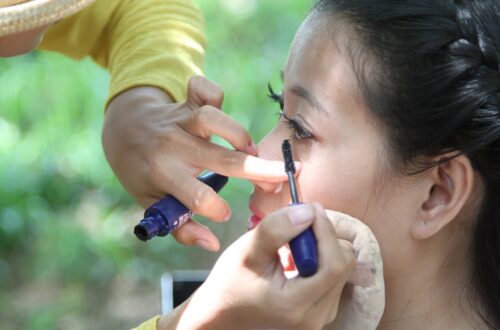